With a Foreword by Sir Edmund Hillary

HEARD ISLAND, an improbably remote speck in the far Southern Ocean, lies four thousand kilometres to the south-west of Australia—with Antarctica its nearest continent. By 1964 it had been the object of a number of expeditions, but none reaching the summit of its 9000-foot volcanic peak ‘Big Ben’. In that year Warwick Deacock resolved to rectify this omission, and assembled a party of nine with impressive credentials embracing mountaineering, exploration, science and medicine, plus his own organisation and leadership skills as a former Major in the British Army.

But first they had to get there. Heard had no airstrip and was on no steamer route; the only way was by sea in their own vessel. Approached from Australia, the island lay in the teeth of the prevailing westerlies of the ‘Roaring Forties’and ‘Furious Fifties’. One name, only, came to mind as the skipper to navigate them safely to their destination, and safely home—the veteran mountaineer turned high-latitude sailor H. W. ‘Bill’ Tilman, already renowned for his ‘sailing to climb’ expeditions to Patagonia, Greenland and Arctic Canada, and the sub-Antarctic archipelagos of Crozet and Kerguelen, to the north-west of Heard Island. He readily ‘signed on’ to Warwick Deacock’s team of proven individuals and their well-found sailing vessel Patanela. 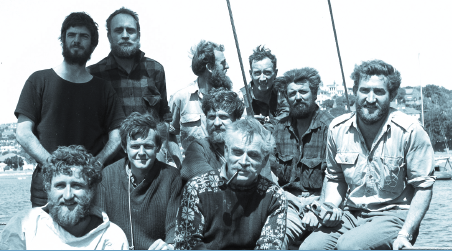 In this first-hand account, as fresh today as on its first publication fifty years ago, Philip Temple invites us all on this superbly conducted, happy and successful expedition, aided by many previously unpublished photographs by Warwick Deacock. 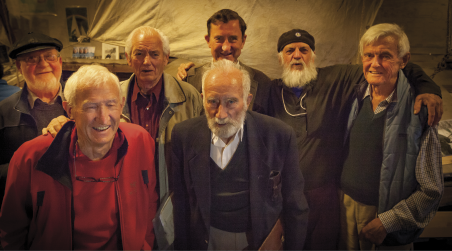 ‘The Skipper’—a man not free with his praise—described the enterprise as ‘a complete thing’.